On the occasion of our "Fiftieth", the institutions involved in the success story "Helicopter Museum" for 5 decades met today for a press appointment: Mayor, the military responsible from Bückeburg and Achum, the management and the press officer of the supporting association! 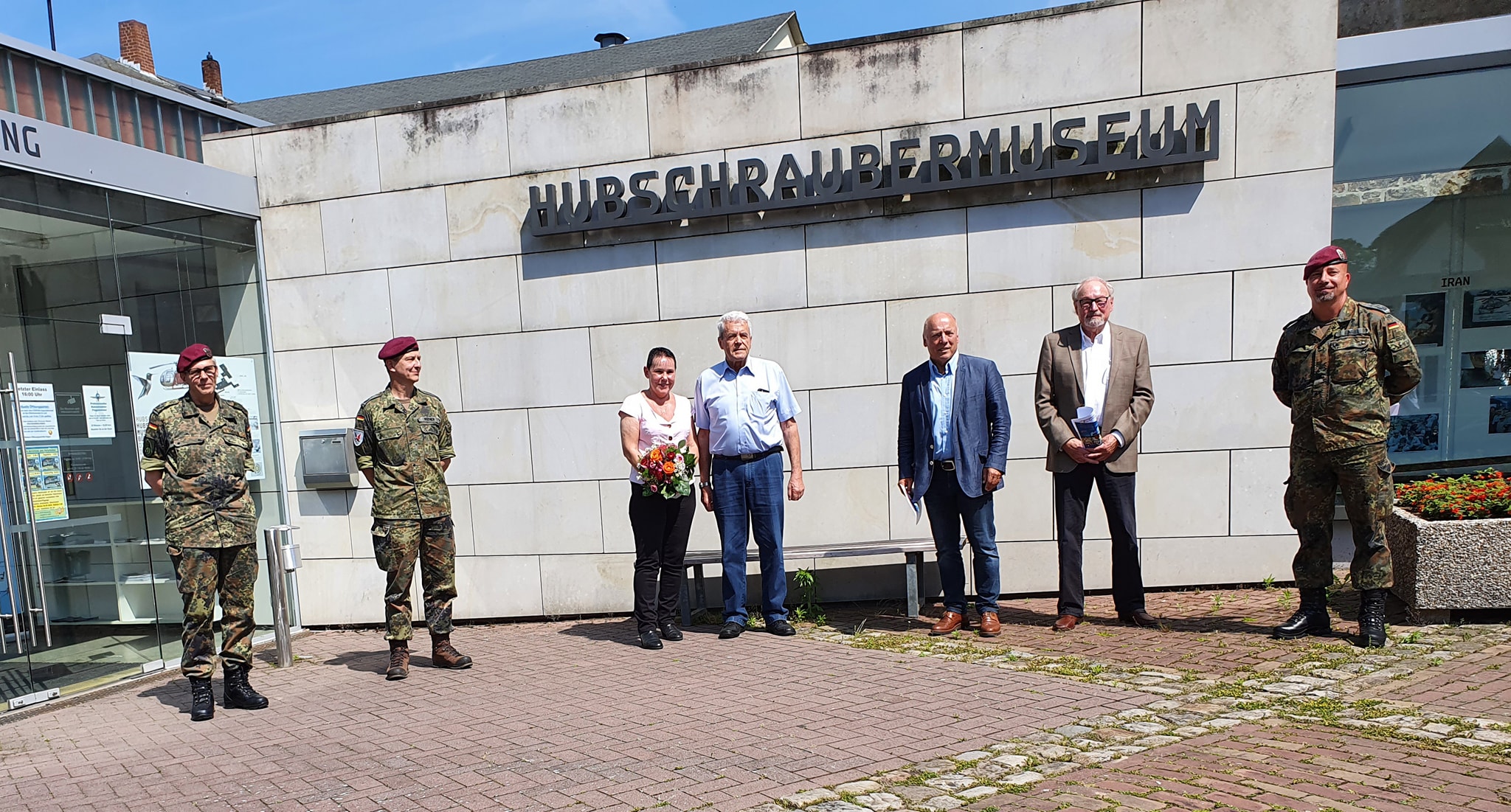 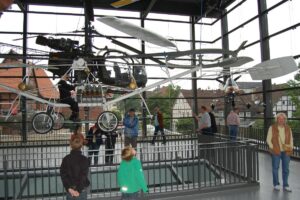 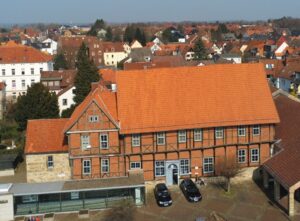 Michael Wasser, chairman Hubschrauberzentrum e.V., and Guido Ziese, press officer on the board, commemorate Werner Noltemeyer, founder and curator of the museum, who moved into the historic Burgmannshof with his exhibits on June 9, 1971, in a press release on the occasion of the 50th anniversary. 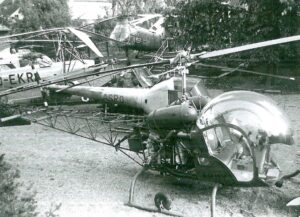 At the beginning, more into the garden than into the Burgmannshof. But that's another exciting story. With an extension and the glass aviary for flying freedom, the museum has continued to gain exhibition space over the years. 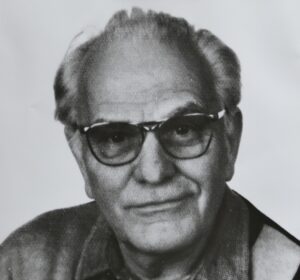 Werner Noltemeyer was a soldier in the still young Bundeswehr in the USA from 1957 to 1958 to become a helicopter pilot. At the training center at Fort Rucker, he was fascinated by a military museum with retired operational helicopters.

After his return to the Army Aviation Weapons School, he began to collect everything related to rotorcraft and vertical flight technology. At that time, a small but very knowledgeable exhibition was established at the airfield in Achum.

The first helicopter forum was held in 1961 at the Army Aviation Weapons School and brought the aviation industry to the museum. They were enthusiastic and happy to provide more exhibits and display material. The small museum was soon bursting at the seams. The idea was born to bring the museum out of the military enclosure, also to make it accessible to a larger public. 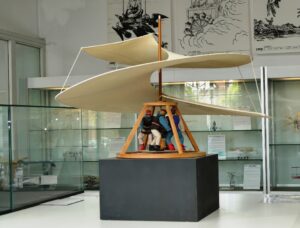 And so it was in 1970 that the town fathers recognized their opportunity to attract another attraction to Bückeburg in the form of the helicopter museum in addition to the castle. The historic Burgmanns Hof was first mentioned in a document in 1463 - exactly at the time when the young Leonardo da Vinci began to take an interest in flying, in order to construct the HELIX a few years later. 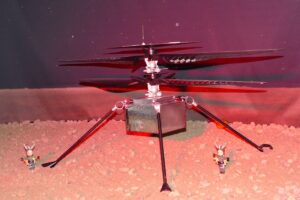 Incidentally, before the Mars Ingenuity helicopter arrived on the Red Planet, it had long been on display at the Bückeburg Helicopter Museum. Hardly anything can make the museum's "diversity of species" clearer than this 1:1 model, which, although not the focus of the 50th anniversary, does represent a key feature of the collection: the development of the helicopter from the past to the future. 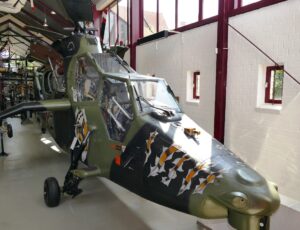 And so visitors to the exhibition will find not only exhibits from the early days of rotorcraft, but also super-modern machines that are still in flying service, such as the Tiger. And if not in the original, then certainly among the approximately 1,000 models.

No museum in the world offers this diversity, presented in the correct classification across the epochs of an excitingly linked world of vertical flight.