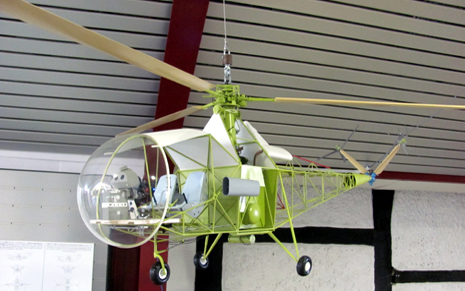 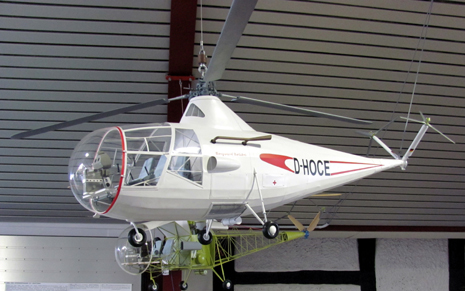 The Borgward Kolibri (Kolibri meaning “hummingbird” in German) was a German three-seated utility helicopter built by Borgward, designed by Heinrich Focke. It was the first German helicopter after World War Two. The helicopter first flew on 8th July 1958 in Bremen, piloted by Ewald Rohlfs. Two prototypes were built. The helicopter had a steel tubing fuselage, and was covered with metal. It had a fabric-covered V-tail, on the end of which would have rotors. The main rotor had three blades with steel tubing for the centre, covered with wood. The helicopter had a six-cylinder air-cooled Lycoming VO-435-A1B engine, producing 260 hp. The fuel tank was capable of holding 180L. The helicopter could be used for spraying in agriculture, and could carry up to 300 lbs. Development ended after two prototypes were built, as Borgward went bankrupt shortly after in 1961.

Some still existing parts of this helicopter (main rotor head, tail rotor system, wooden rotor blades) you can see here in the exhibition of the Helicopter Museum.