From 1932 to 1937, Werner Altrogge studied mechanical engineering aircraft construction at the Technical University of Hanover and was trained as an aviation pilot at the University Academic Flying Group (“Akaflieg”) Hanover.

From 1937 to 1943 he initially worked as a clerk for “aircraft development and testing” at the flight testing center Rechlin of the German Air Force (“Luftwaffe”). Later he served as head of division and assistant team leader. In the meantime, also cooperation with the experimental and test center of the Luftwaffe Peenemünde, here together with Wernher von Braun.

From 1943 to 1944 he worked as a civilian engineer at the company Dornier in Friedrichshafen, outpost Mengen as Director of the test department Dornier Do 335.

Throughout his life he was in close contact with his stepfather, the German-American aircraft designer Edgar Schmued.

Altrogge undertook u. a. with the Junkers Ju 86 long-distance and reconnaissance flights over Russia and England, which brought him up to 14,500 meters altitude. He flew in the course of his work as a designer and pilot aircraft more than 70 different aircraft types, including 14 “captured” aircraft and 6 gyrocopter and helicopter types. He probably flew more helicopters than any other German pilot until the end of World War II.

He is also the German test pilot, who has flown the most rotorcraft types.

Between 1943 and 1944, Altrogge was leading in the further development and testing of the Dornier Do 335 designed by Claudius Dornier. On 15th April 1944, he crashed with the prototype No. 2 because of engine problems and failure of the ejection seat at Memmingen in death.

Because of his achievements as a flight pioneer, he was named in June 2008 for a street on the grounds of the German Army Aviation School in Bückeburg. The Helicopter Museum Bückeburg owns the oil painting Werner Altrogge by Mrs. Christa Murken, his daughter. 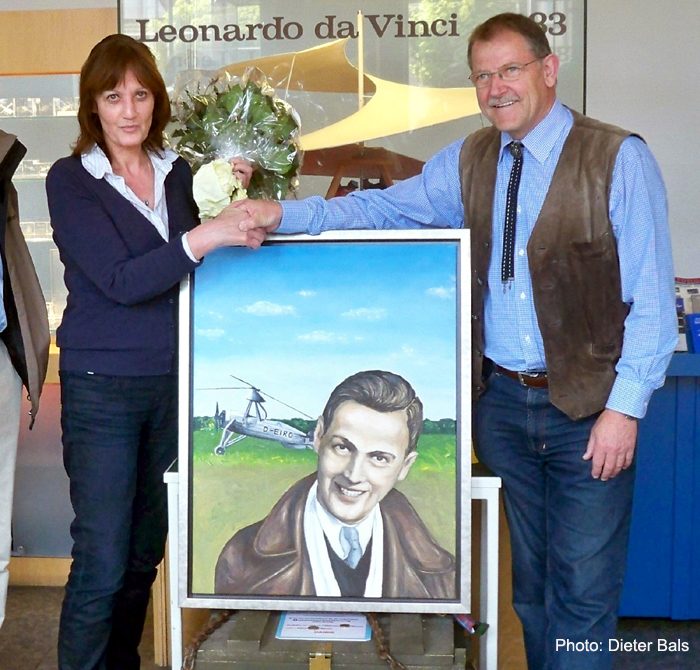