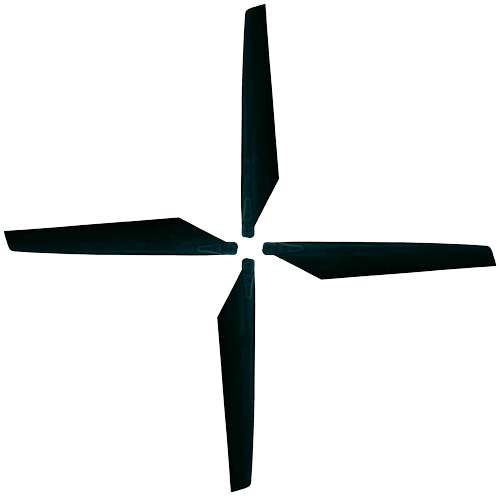 Leonardo da Vinci is commonly regarded as the inventor of the helicopter. His drawings of 1483 provided the basis for helicopter aviation. Professor Henrich Focke designed the world’s first helicopter built in series production. Igor Sikorsky, another pioneer in helicopter technology, once said, “I would never have anticipated the great number of applications of helicopters. However, I was convinced that an aircraft flying like a hummingbird would be extremely useful.” Sikorsky was right, a helicopter turned out to have a great number of advantages over a fixed-wing aircraft. It can take off from a standing position and land vertically, fly forward, backward and sideward, climb and descend vertically, hover in the air and turn around its vertical axis. The helicopter distinguishes itself from a fixed-wing aircraft because it generates lift without the need for forward propulsion.

(When talking about rotary-wing aircraft, we concentrate on helicopters, as this the predominant representative of this type of aircraft.) Just like a fixed-wing aircraft, a helicopter is an aircraft that is heavier than air. In either case, the weight force has to be overcome by the lift force. Due to the rotary speed, air is flowing around the profile of the rotor that normally consists of a number of rotor blades. The amount of the resulting lift depends on the angle of attack and the flow velocity. The flow velocity is influenced by the rotary speed. There is no relation between the speed of the fuselage compared to the surrounding air and the rotary speed of the rotor. The helicopter is able to take off vertically. It does not need any forward movement and can hover in one position. The air flows downwards from the top through the rotor disc. A positive angle of attack results in an accelerated air mass flowing through the rotor disc. This acceleration causes a reaction force called thrust. When hovering, the rotor thrust must be equal to the weight of the helicopter. As the fuselage located in the downwash gives resistance to the air flow, this resistance must additionally be overcome. Therefore, the rotor thrust needed for hovering must exceed the weight of the helicopter by 2 to 3 %, depending on the shape and size of the fuselage.

When hovering near ground level (height of the rotor above ground equal to rotor diameter) the air cannot flow off with the same speed as it is generated by the rotor due to ground friction. This results in an air cushion with a slight overpressure. This enables the helicopter to hover in this height with less power than needed in uninfluenced atmosphere. On the other hand, it can lift more weight with the same power. The ground effect is of vital importance during take-off and when the helicopter is used in high mountains.

When transitioning from a hover to a vertical climb, the pitch angle of every rotor blade is increased by the same value by using the collective pitch lever. Increasing the rotor thrust and lift causes an increase in blade resistance, which has to be overcome by increasing the power. The power may be balanced via a twist-grip throttle as well as automatically via the engine power control. As soon as the helicopter has reached a continuous climb, the rotor thrust may be reduced to a value that corresponds to the weight plus the resistance of the cell.

When the pitch angle is reduced by pushing the collective pitch control lever, the rotor thrust and lift will also be reduced and the descend is initiated. For maintaining the rotary speed, the power has to be reduced, since the resistance of the rotor blades has also decreased.

2 main rotors –counterrotating –torques cancel each other out

2 main rotors –intermeshing –counterrotating –torques cancel each other out

The NOTAR system is an alternative to provide torque balance in case of a helicopter with only one main rotor. Thrust is not generated by a tail rotor, but by a compressor in connection with an adjustable control nozzle. The aerodynamically shaped tail boom is designed to support this thrust by the air of the main rotor (downwash) flowing downward (see animation). (Michael Köllner)

Increased cruising speed was the predominant factor in the design of a tilt-rotor helicopter. Its helicopter configuration was modified, however: The aircraft takes off like a normal helicopter. Once airborne, its engine nacelles can be tilted in forward direction to convert the aircraft to a standard high-speed airplane. Most recent developments aim at reaching speeds in the supersonic range by applying specific forward propulsion means as well as foldable and retractable rotors. Tilt-rotor helicopters suffer from difficulties in developing a high-performance helicopter rotor that may as well be used as a cruising propeller, since both working conditions are entirely different. There are impressive advantages, however, so that nearly every manufacturer is working on such a project, at least theoretically.

The only manufacturer that has brought its tilt-rotor design to series production is Bell Textron in company with Boeing. They designed the military transport aircraft V-22 “Osprey” for the U.S. Marines. Another development is the civil tilt-rotor helicopter Bell 609 (see above) that might be a revolution on the civil market of business aviation.